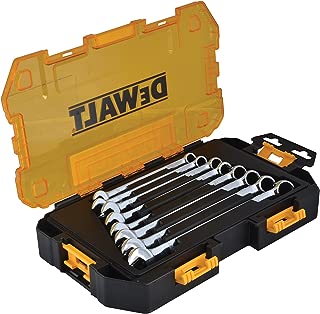 Style:Metric wrench set The 8 Piece Full Polish Metric Combination Wrench set offers a variety of metric combination wrenches for any user need. These wrenches have a long panel design to provide more reach during use and the ability to apply more torque to a fastener. These wrenches also have DirectTorque technology to help prevent the rounding of fasteners.